Memory is a beguiling asset of humankind. Ask people what they did 30 or 40 years ago, and they might regale you for hours. Ask them what they had for lunch yesterday, well…..that’s another story.

The media, and the meteorologists in particular, have drilled into us that 2012 has been a year of weather extremes. Last winter, the driest on record, the rest of the year the wettest on record (for England at least). In 10 or more years time, what will people really

A familiar view for the ‘lanterne rouge’!

remember about 2012? GB success in the Tour de France? The Queen’s Jubilee? The Olympics and Paralympics? Will they really remember the anxiety and the misery caused by the weather? Some will, without a doubt, but many will not.

Here is one man’s perspective. Delving a little deeper into my cycling statistics for 2012, I discovered that I had ridden on 232 days of the year, averaging 44 miles (72 km) each day. What I am going to say now is no proof of anything, but one man’s perception. My memory of the weather of 2012 goes predominantly against the meteorologists’ statistics. My thinking is filled mostly with the fine weather, the sunshine, the landscapes and miles of clear open roads. I am sure (though can’t prove it) I never used my rain jacket on the bike more than a dozen times in total.

Now, all of this could be down to the luck of the Irish (and my ancestry is predominantly Irish). I just happened to go out on the driest, sunniest 220 days of the year. Or I could simply be accused of blue-sky thinking. Mmn….very interesting. I wonder what you think? 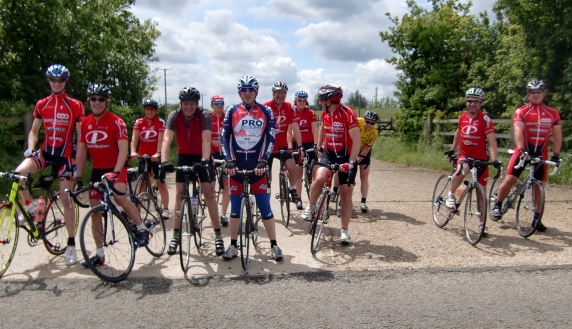 A momentary stop…..and the sun is shining!