Journey to the centre of the earth by Richard and Nicholas Crane. 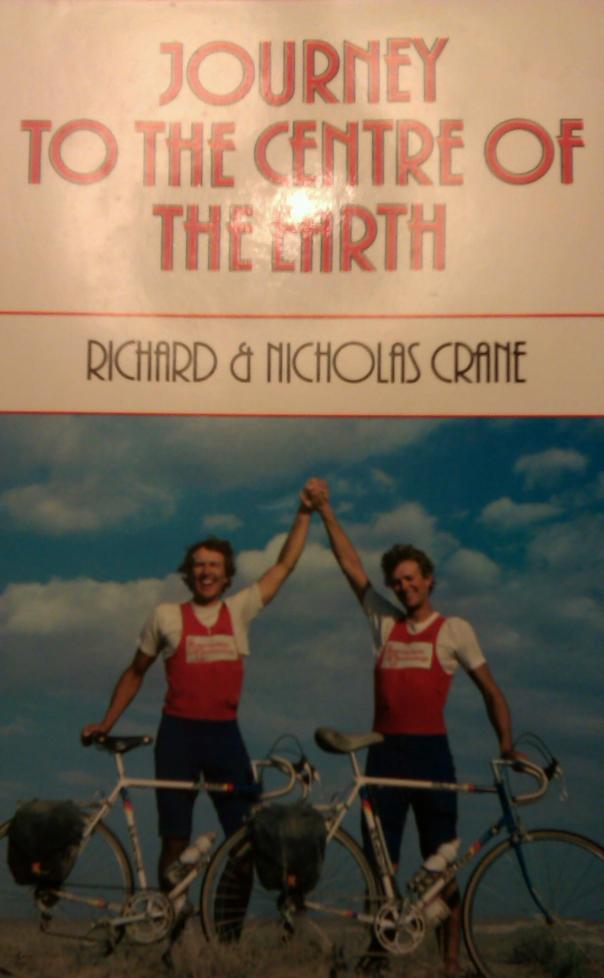 If you are a fan of Coast on television, you will already be familiar with Nick Crane, one of the presenters. What you may not know is that he comes from a family where adrenalin-fueled competition and adventuring dominated the lives of the majority of siblings and cousins. From running the Himalayas to biking up Kilimanjaro, this bicycle journey was one of a long and exacting series of ultra challenges that would take them to the notional centre of the earth……defined by the Guinness Book of Records  as a point on dry land that, in all directions, is the furthest from the sea. And that spot was estimated to be somewhere in the Dzungarian Desert in the North of China, close to the Mongolian border…..but no one knew exactly where.

Their first task was to do the complicated mathematical and cartographic research to determine exactly where that spot was, and then to plan the 5000 km journey from the Ganges delta in Bangladesh, and cycle the distance over the Himalayas and across deserts, to complete the journey in only 50 days. Something that had never been done by anyone…..this was pioneering of an extreme kind.

If you are fascinated by stories of extreme adventuring, whether or not your interests lie in the field of cycling, this will be a compulsive read. It’s fascination lies as much in the physical and mental challenges of endurance riding, as in the the ever-changing dynamics of the relationship between the two cousins. It amounts to an in-depth study of two well matched athletes who push their bodies and minds to the limits of human endurance.

Looking for the extraordinary in the commonplace………taking the road less travelled……..striving for the ‘faculty of making happy chance discoveries’ in unremarkable circumstances. Click on the Personal Link below to visit my webpages.
View all posts by Frank Burns »