Take Mark Beaumont as an example…….two weeks before his recent success at breaking the round-the-world cycling record, which he completed in under 80 days by the way, I 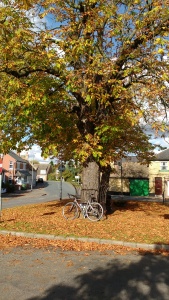 sat in on a presentation he gave at the Adventure Cycling Festival in Ambleside, and he painted the broad brush-strokes of his forthcoming challenge: ride 18,000 miles in both hemispheres, be on his bike every day for 80 days for 16 hours, and ride an average of 240 miles per day.

Now, I know what it’s like to ride 240 miles in a day because have ridden 250 miles in less than 24 hours on several occasions, but………..(and here is the big ‘but’) they were Audax 400km events, and they were ridden as stand-alone events, and I still used up most of the 24 hours to complete them. Beaumont, on the other hand, had to ride at a much higher than average speed to complete each day within 16 hours (including 4 rest stops), to give himself a chance to catch 4-5 hours sleep at the end of the day. That requires stamina, fitness and discipline…..

I thought long and hard about Beaumont’s adventure, and the dilemma between speed/distance and pure enjoyment on the bike, as I meandered my way across the golden landscapes of an autumnal countryside, enjoyed lunch with a crowd of fellow

roadies, and decided that my own cycling life was definitely in its ‘autumnal years’, where enjoyment has almost (and I mean almost) imperceptibly superseded speed and mileage-bagging as the desired goal. Unfortunately, I cannot entirely own up to not taking any notice of the stats that appear on my Garmin screen as I bowl along (the average speed, in particular, holds a feisty grip on the attention), but my eyes spend much more time enjoying what lies around me, passing and acknowledging other people on the road, especially cyclists.

Today’s route was a civilised 70km at an average pace of 24kph. I mean, how laid-back is that…..?