We were doing the four points of the compass from our lodgings in Flimwell: NE for Sissinghurst Castle, SE for Bodiam Castle, and now SW for Bateman’s, near Burwash, home to Rudyard Kipling and his family for more than 30 years. But we had to negotiate a few hills to get there……..East Sussex is lumpy! Every downhill spelled the beginning of the next uphill, and there was no let-up…….to the point that we even began dreading the downhills …..I mean, where’s the justice in that?

When Kipling bought Bateman’s in 1902, it had no running water or electricity, but it came with 33 acres of the most stunning landscape, and we were seeing it in the full flush of autumnal colour. Their daughter, Elsie, who married and moved into Wimpole Hall, left instructions with the National Trust to re-create the interior of the house as her parents would have known it, including the desk at which many of Kipling’s most famous poems and stories were written. He had been a prolific writer, a controversial imperialist, both hated and admired, but was awarded the Nobel Prize for Literature at the early age of 42, and is said to have turned down offers of a poet laureateship and a knighthood. 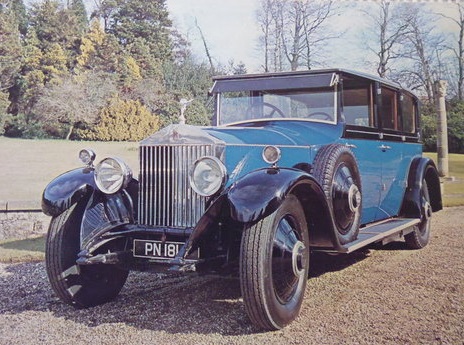 Unlike a lot of stately homes managed by the National Trust, Bateman’s is a family home of more modest proportions, where you actually get the sense that a family once lived there, doing all the normal things that a middle class family of the day would do. But Kipling had made enough money through his writings to indulge his passion for motor cars………it is said that he eventually bought himself a Rolls Royce because it was the only one could afford…….!