← The magnetism of the campfire..
From Estonia into Latvia →

Many countries have a word to describe the impact of English on their language, such as Spanglish, Franglais, Finglish and Denglish (German)…. I asked the campsite warden in Tallinn if Estonians had a similar word, and she thought not. So let me stake a claim to creating a brand new word on behalf of 1.3 million Estonians: ‘Estonglish’. What do you reckon its chances of making it into the Oxford English dictionary?

This has been my last full day in Estonia. I’m just 10km north of the border with Latvia, in another RMK rustic site, right beside the sea, nestling amongst pine trees. As romantic as it sounds, you have to accept that pine cones will periodically fall on your tent during the night…..but not as bad as the coconuts that fell on my cabin roof on a remote Belize island once. They frightened the living daylights out of me…. 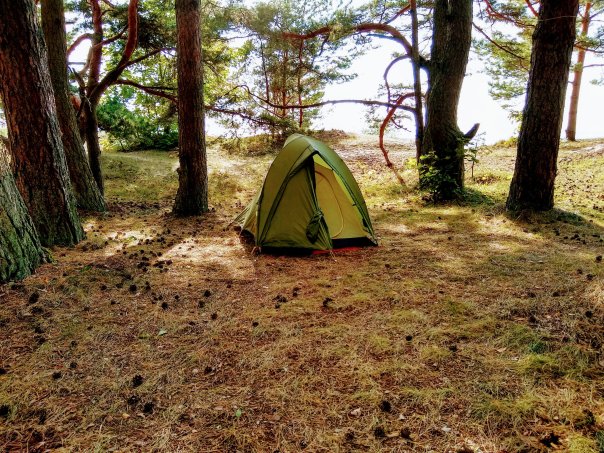 And when I thought I was far removed from native English-speaking civilisation, I bumped into a bunch of Aussie cyclists, all from Perth, and all on a fully supported ride through the three Baltic countries. They teased me, I teased them….but the banter got very serious when I mentioned the recent nail-biting victory of England in the Ashes. 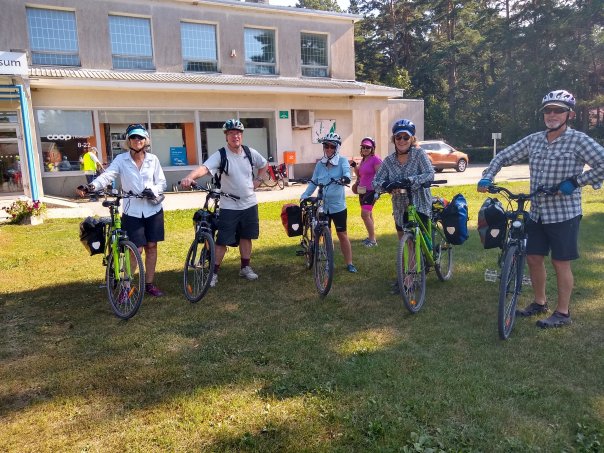 “Ah, they’re still a bunch of Sheilas”, said one of the men. “Just wait till we get them on the rugger field….”.

It’s good to know that traditional enmity between the two nations is alive and well….

And before I go here’s yet another boring photo of a sunset from just outside my tent: 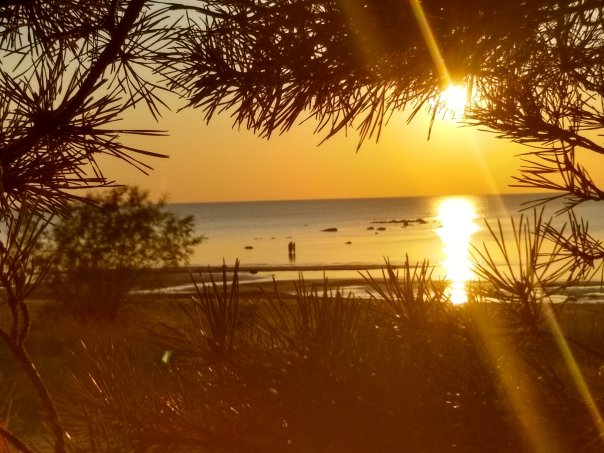 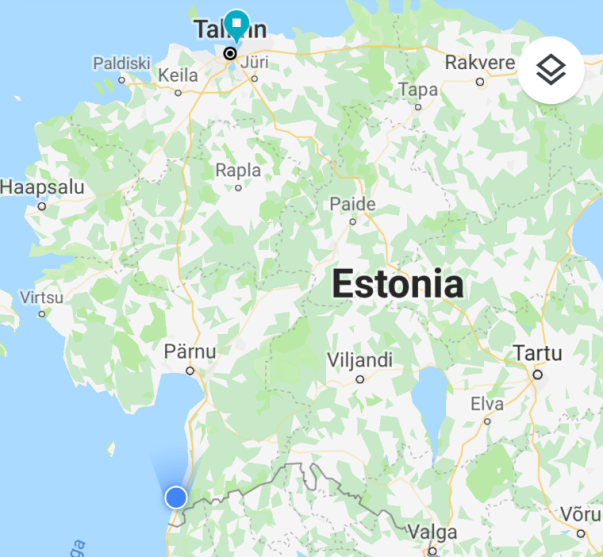 ← The magnetism of the campfire..
From Estonia into Latvia →