The guy making me a coffee at his street bar said:”You don’t look like a normal tourist. You riding a bike?”. When I told him my story in one sentence, he said “You probably need a good strong coffee then. Going to Vienna after here? You’ll find us in Vienna too…look us up”.

Then I walked into an outlet advertising street food, and ordered myself a Morrocan tagine, to fuel the legs to climb the enormous hill to Hrad Castle where, amongst the many exhibits in the museum, was this…. 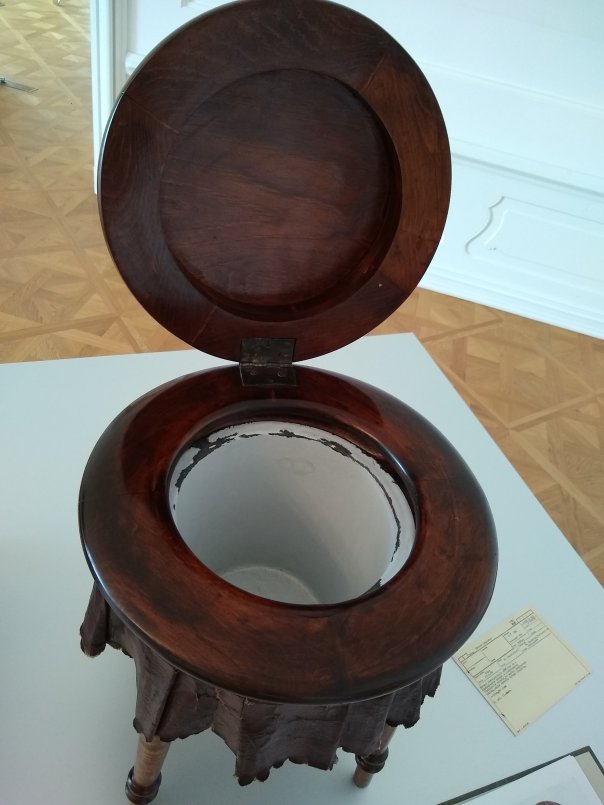 Portable potty 19th C., made of walnut wood and porcelain

…and I thought, what an interesting use of the term ‘portable’. But a couple of cabinets away was a display of the first Bratislava Cycling Club founded in 1888, all lined up for the start of a race, and if you look carefully you’ll probably recognise one of them as being Peter Sagan’s great great grandfather…. 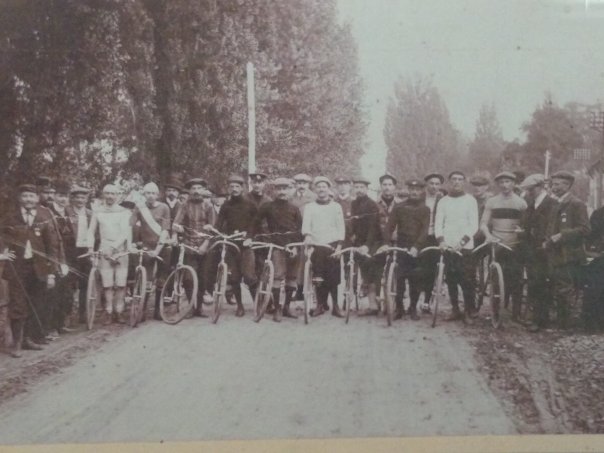 There are towers to climb in Bratislava too. To get to the top of the Castle tower, you need a special kind of steely determination, and the Town Hall tower will reward you with lofty views over squares…. 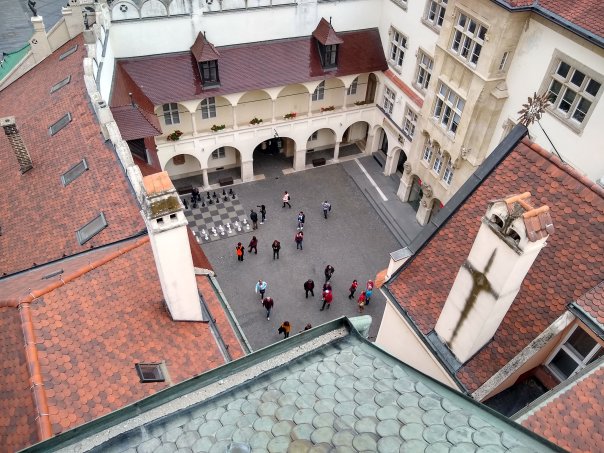 ….and interesting roofs whose pitches make them look like church steeples… 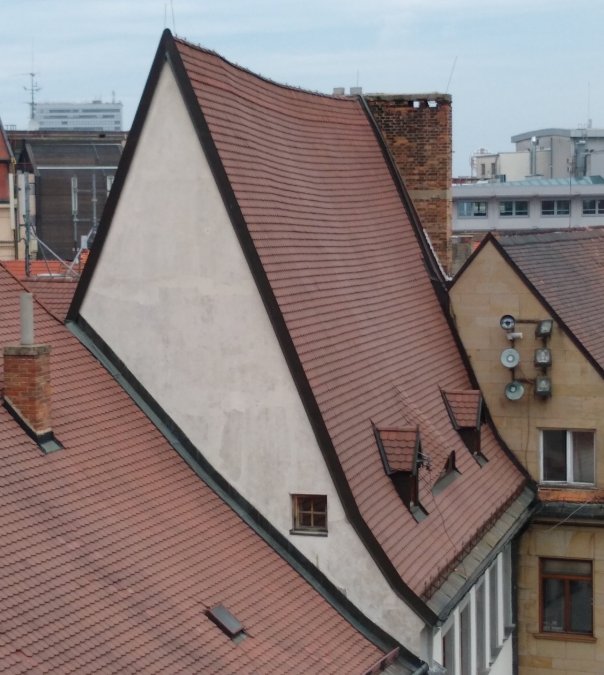 And when you see some poor fellow trying to crawl out of a street drain, it is very tempting to just stroke him on the head to comfort him (as everyone does). What was he doing down there anyway? 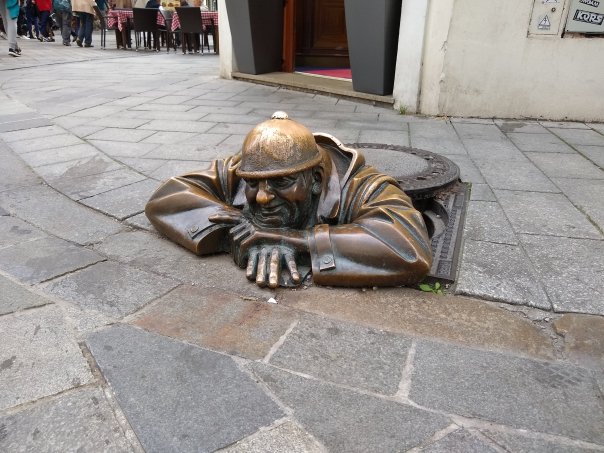 And when you are bored with museums and towers and men crawling out of drains, you can join the crowds to catch bubbles, and contribute to this young man’s beer fund 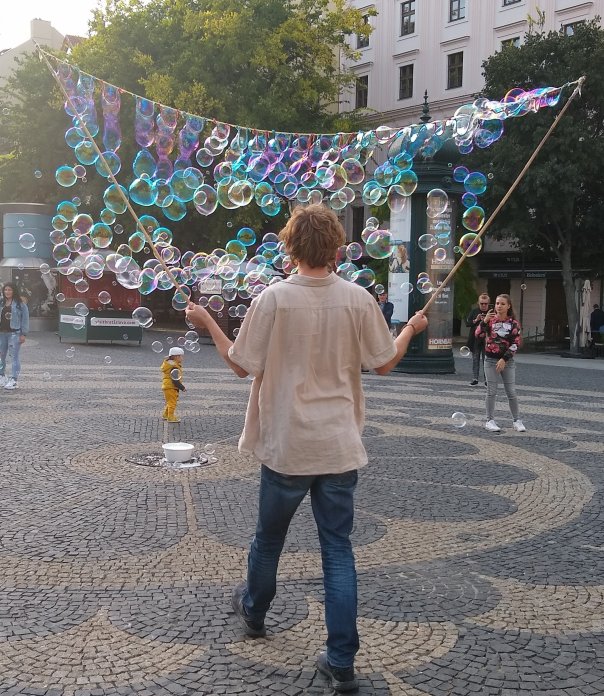 …..believe me, people openly ask for money for their beer fund….they know you know they will spend the euro you give them on the next can of beer. So why not be honest about it….

Tomorrow, it’s goodbye Bratislava, hello Vienna…..with 60km of the Danube trail in between.

Posted on September 25, 2019, in Biking the Baltic 2,400km and tagged adventure cycling, Bratislava, Slovakia. Bookmark the permalink. Leave a comment.