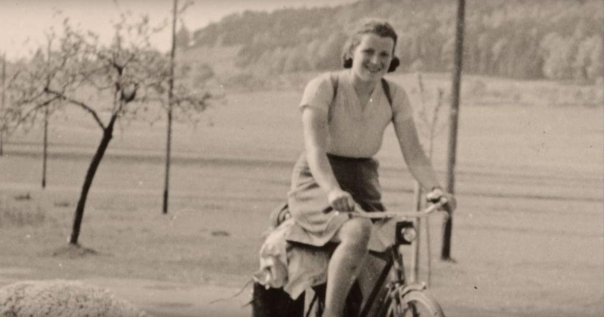 This lady is now a mere 89 years of age, and she is a rare example of her species. Having nursed both her parents through to their untimely deaths, she set off to cycle from Waterford in Ireland to India, in 1962, on a single geared man’s bicycle, carrying a .25 pistol for protection. And so began a life of astonishing adventure, mainly on two wheels which, even with the onset of single parenthood to her daughter Rachael, didn’t stop the travel to remote places, latterly beginning again with 5 year Rachael.

She used the gun three times on that journey, against wolves (she killed two), against a potential rapist, and against thieves who tried to steal her bicycle. Fortunately, the shots against humans were simply to scare them off.

She has written many books about her travels but her first, and best known, was Full Tilt, which quickly established her on the world stage of adventure writing.

And in 1993, despite hating the prospect of being interviewed, she appeared on Desert Island Discs. Click the link below.

Comments Off on Dervla Murphy