So you want to travel lighter?

An attractive bench by the roadside miles from anywhere invites only one thing: to sit on it. So I did….and that got me thinking (and not for the first time) about luggage and travelling light. As you can see, I have honed my luggage to fit in one 23 litre Carradice saddlebag, with a stuff sack for my camping gear. Including the barbag, the total weight is about 10 kilos. 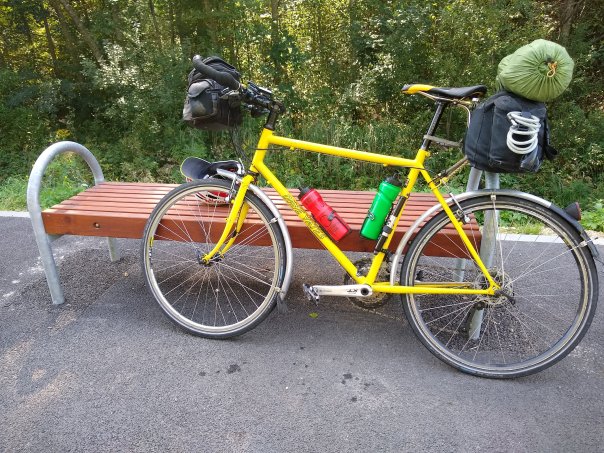 I have been asked hundreds of times on my travels how I manage to travel so light, and my standard answer is usually: it’s quite easy really, you just leave stuff at home. Now I know this is a bit facetious, and neatly avoids all kinds of scrutiny regarding the details, but so many people tell me they’d like to travel lighter, but in the end they can’t overcome the ‘just-in-case’ pressure to take stuff as a precautionary measure. I understand them, because that’s where I was until I started analysing my actual needs. I started to become more and more ruthless about not giving in to the just-in-case syndrome, and anything that remained unused on one trip was eliminated from the next trip. I also started using the kitchen scales (I know this sounds very sad and a bit extreme) to measure the grams. So a head-torch weighing 250grs was replaced with one weighing 28grs….and every item of clothing had to be versatile, and have uses other than those they were designed for. And lots of other little strategies…

What all this has done, however, is to eliminate me from the august community of adventure cyclists because my set-up doesn’t look the classic part…..ie. four panniers, stuff sack and barbag, with a few other sundries bungeed somewhere on the bike. I discovered this when I submitted a photo of my bike in an ‘exotic’ place to the Fully Loaded Touring bike website: https://secure2.pbase.com/canyonlands/fullyloaded

If you look carefully at all the loaded bikes, you will see they conform to a pattern, to a template that the organizers have decided are the minimum requirements for what constitutes a fully loaded bike. Anything less than that can’t be included because real adventure cyclists just need to carry a ton of stuff….and anyway, it all looks good on our website. Of course, my bike set-up was never accepted, because it just didn’t look the part. They probably decided it was set up for a weekend’s camping close to home….

I know fellow adventure cyclists will have a ton of things to contribute to the topic of luggage, and what constitutes a minimum for them, but I would love to see much more from the lightweight adventurists, the ‘weight-weanies’ as we’re called in the cycling world. 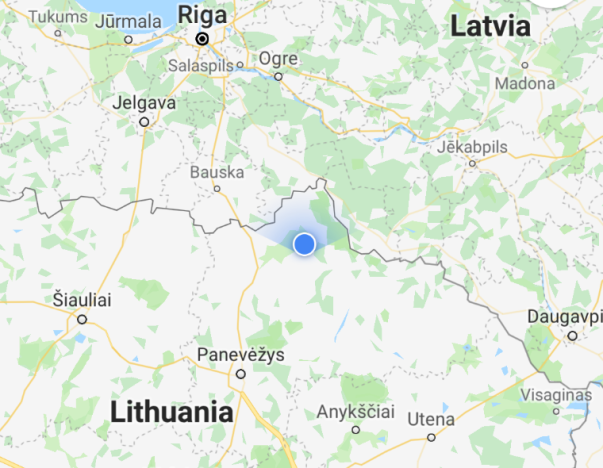 And, oh yes, I’m now in Lithuania, having crossed a border that didn’t even have a sign telling me of my transition, and my 108km journey brought me to Birzai, where I have pitched my tent in a friendly little campsite, only metres from a Serbian cyclist who is doing my route in reverse.

A number of comments made on cycling forums about the dangers of cycling in the Baltic countries would be enough to dissuade the faint-hearted from venturing out…..however, I did well today to find a diversion that was blessed with the best cycle paths I’ve ever seen, anywhere.

Even if you feel very nervous about taking to an E road, and find the cycling shoulder a bit too narrow, there is usually a gravel track to the side, which would give you a bit more space, but has the minor disadvantages of any gravel track. You take your pick…..

To break my journey to Parnu on the coast, after 70km I decided to check out a rustic camping area maintained by the Forestry Commission (RMK has a useful app) and discovered a perfect spot. Very basic, with only well-water and long-drop loos, but there are fire pits for lighting a fire, and a ready supply of wood….so barbecued pork is on the menu tonight….who said I didn’t cook when I’m camping? 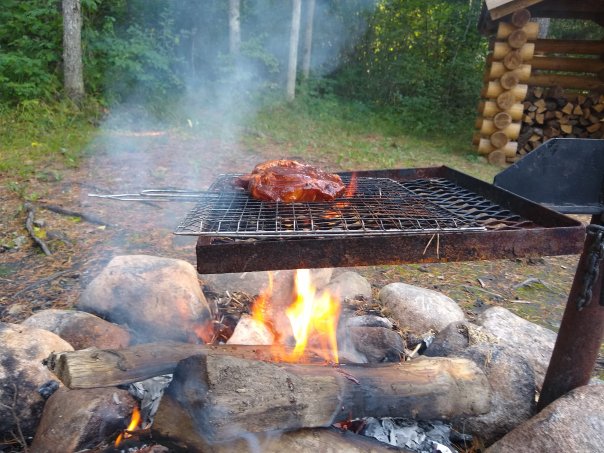 The area around the campsite is called the Varbola Stronghold, and once the site of an ancient Viking fortress. 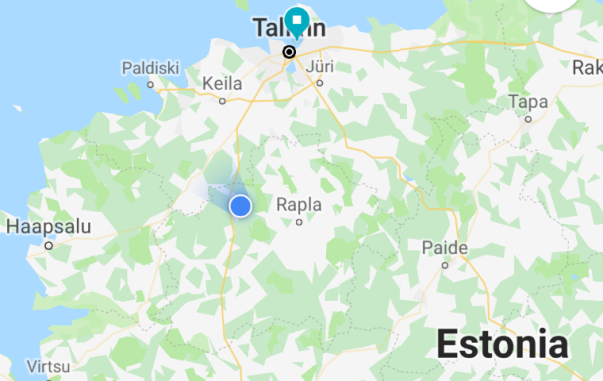 The thing about Tallinn, as with most cities of its kind, is that it’s undeniably stunning medieval historic centre is such a must-see, that the world and his dog, as well as hundreds of cruise tourists, will be there in their droves, following their guides like sheep. As you meander down cobbled streets, they come towards you in thick waves…. That, of course, is not to denigrate the value of visiting Tallinn….. I know it’s on everyone’s bucket list, and deservedly so. And if you are cycling through these parts, it merits at least a two night stopover.

So I checked into a central backpacker’s hostel, not only to find a handy base, but also somewhere secure for the bike. And I would heartily recommend the Old Town Alur Hostel….it’s well furnished, spacious and airey, and a bed in a shared dormitory only cost me €9. That is cheaper than most camping pitches, but then tonight I may have the company of the odd stag or hen party….and I won’t find that out until the small hours of the morning…

If you like history and architecture, Tallinn is awash, and it’s all confined within a historic centre, with everything just a short walk away. I got absorbed into the fast-changing circumstances of the last 100 years, and its final emergence from the grips of the Soviet Union and it’s flight into the arms of the EU, which it regards as it’s saviour from any future encroachment by Russia.

Estonia itself is only a bit-player in world affairs, with its tiny population of only 1.3 million, but it is way ahead of its European neighbours in the field of technology.

Tomorrow I head south towards Parnu, the ‘summer capital’ by the coast…..

After the tribulation comes the blessing…. ‘every cloud has a silver lining’. My blessing was to be hosted by Jaakko and Irina last night.

As hosts, they were everything a guest could hope for….and much more. A salmon supper, a 90 degree C sauna, a few beers, and conversation that ranged from Finnish and Russian history (Irina is from St Petersburg), to travel, to fascinating comparisons between languages…..and it all continued into breakfast the next morning. The memories of my stay will be with me for life.

Before boarding a ferry for Tallinn, I spent a few absorbing hours in the National Museum, and then went prepared for the surprise of Central Library….

the top floor is designed like the deck of a ship, rising steeply towards bow and stern, and is popularly known as Book Heaven, where people can relax, stroll, buy coffee, admire the views and, of course, choose and read books. And it’s one of the first libraries to use robots to handle and sort books.

And so to Tallinn…. 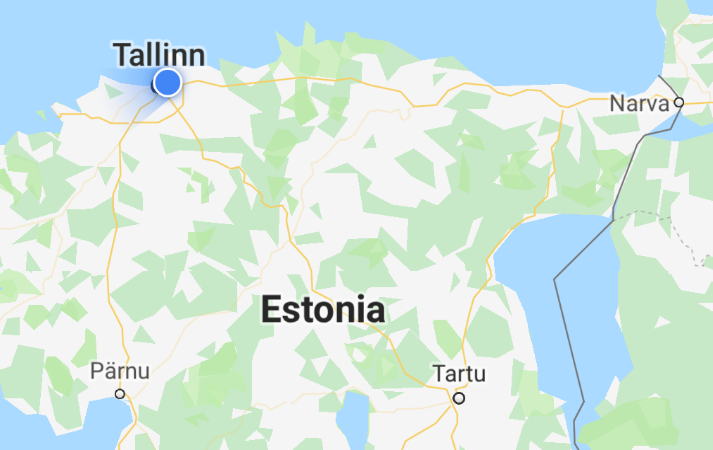 Weather forecasting: an art or a science? Like most long-distance cyclists, I rely heavily on weather apps to help with decision-making. So when I confirmed with two websites that the next 24 hours would give us nothing more obnoxious than light rain with sunny intervals, I had no hesitation about camping last night. Big mistake…huge, massive mistake… I was woken at 5am by the patter of rain….no problem, I thought to myself. The patter developed into a persistent drumming which grew heavier and heavier….then there was a blinding flash of lightening, followed immediately by a thunderous crash of thunder…..much too close for comfort, especially in a tent. I grabbed all I could and dashed the 30 metres to the kitchen hut….and within 5 minutes, some 15 other campers (mainly Dutch) had joined me in the patient wait for the storm to subside…..but it didn’t. It went on for the best part of four hours, dumping some 60mm of rain (nearly 2.5 inches), what Finland averages in a month. 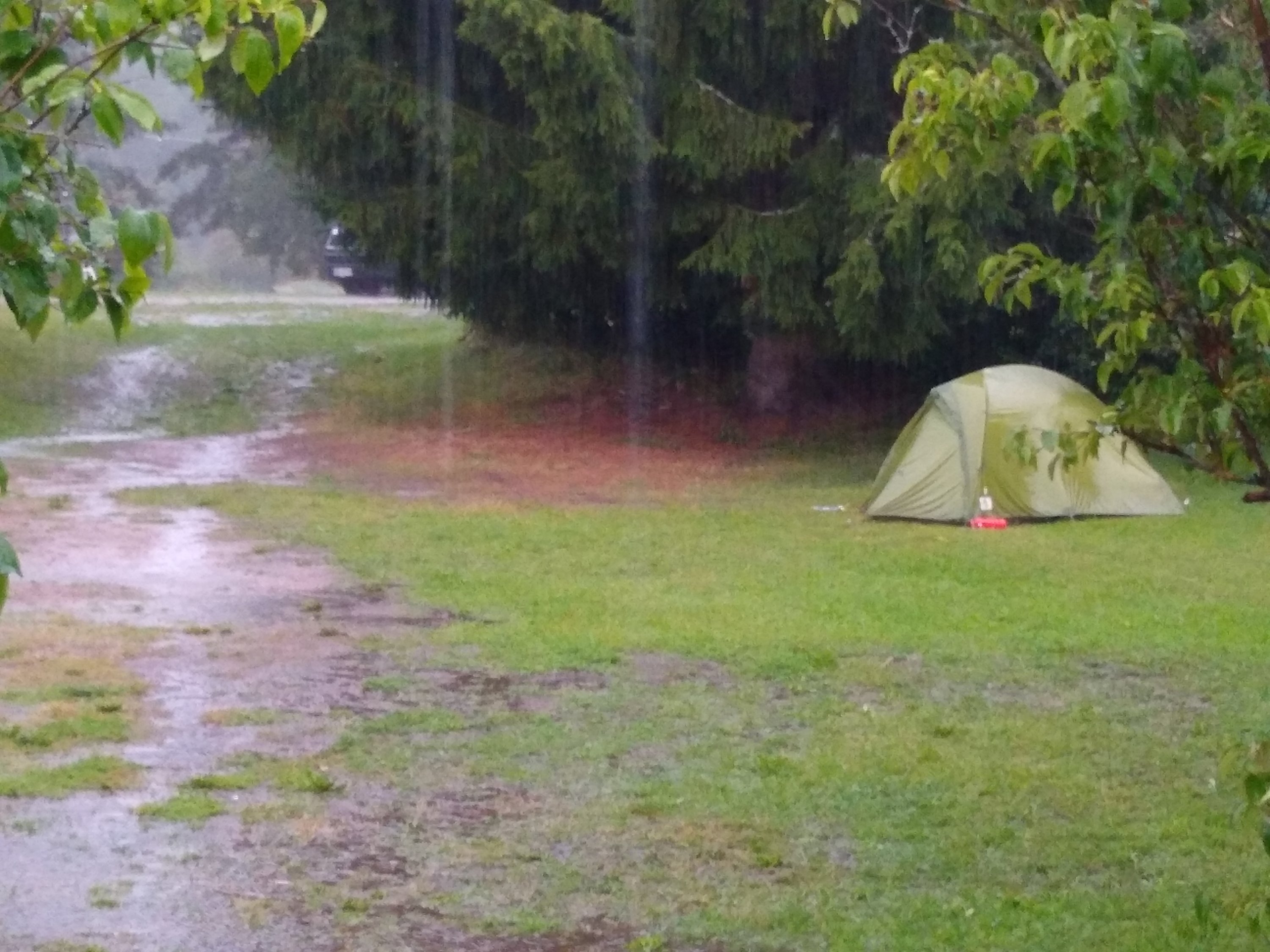 At 9am, I gingerly returned to my tent expecting it to be awash. I opened the flaps nervously, not sure what would find. Though completely soaked on the outside, it had remained relatively dry on the inside, which meant my down sleeping bag (amongst other things) had been saved. So before the heavens opened again, I gathered up the tent and hung it out to dry in a covered area…..and in the meantime, I accepted cups of coffee from the more fortunate who had slept in cabins and caravans, and made conversation with a variety of people from across the globe. Crises bring people together…. I headed into Helsinki along a network of forested tracks, spent a couple of hours in the City Museum, before finding my way out to Jaakko and Irina, my Warmshowers hosts for the evening.

In for a battery top up? 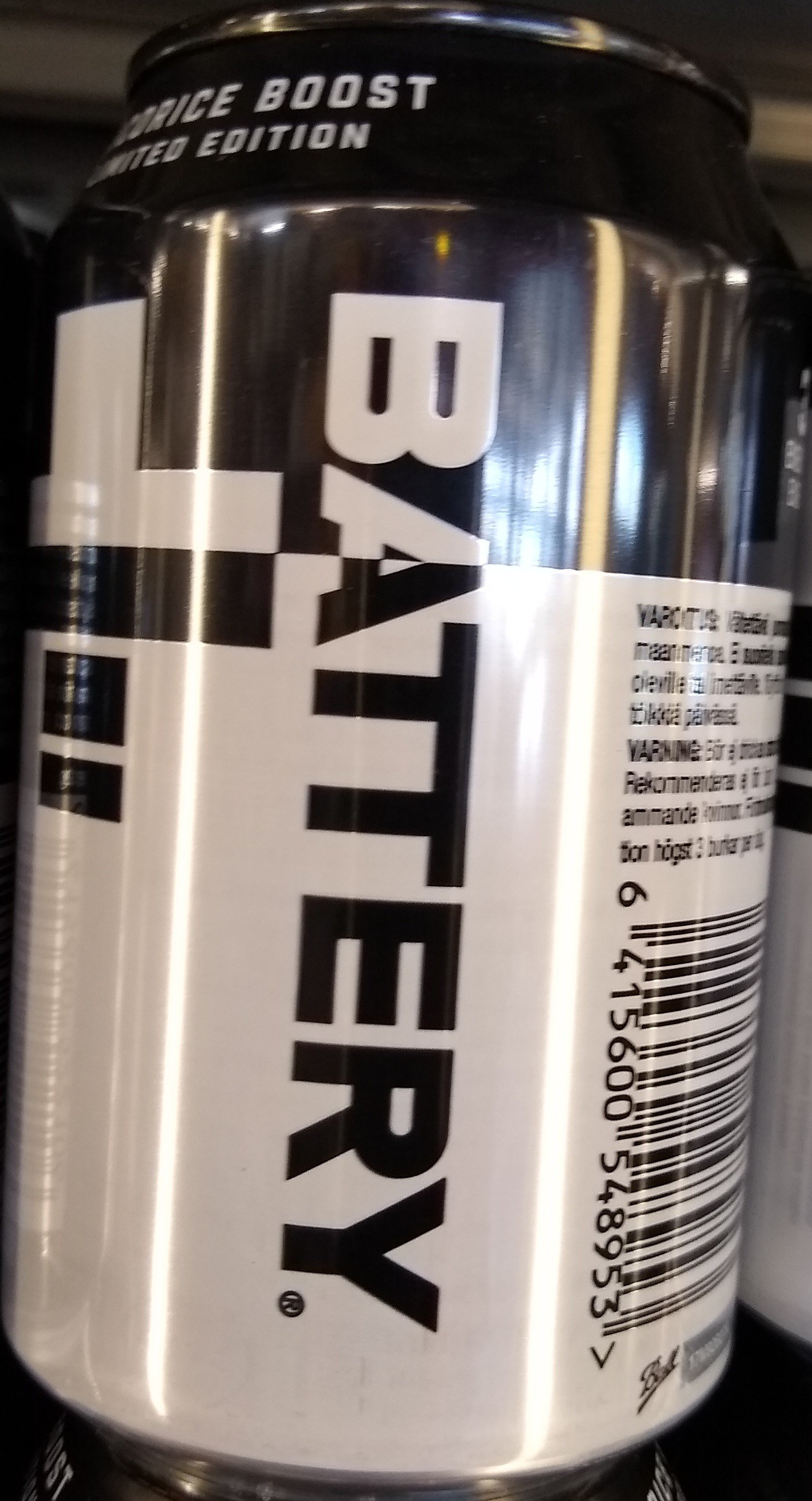 So I tried another tack….this time to give the bike a tune-up, but I needed professional help. In another service station, I bought a can of ‘battery top-up’, and asked the counter assistant (this time a young man) to help me with it….

“With what?” he said. Well, with the battery, I said, I’ve never done it before. So he followed me outside, stood for a few seconds looking at the bike, and said: “But it’s not an electric bike, so how can I top up the battery”.

We looked at each other, and I knew he had sussed my ruse immediately, and we just fell about laughing. So I went inside and topped up my own battery instead. Good to know there’s a sense of fun among some Finns, at least. (By the way, this battery drink has zero calories, in case you are interested).

When I left the Friendship Inn this morning, people were swimming in the lake, attending informal meetings both inside the house, and out on the jetty-veranda that jutted out over the lake…..it was beautiful.

I fell in love with the place….I was sad to leave….I hung on till midday, then had to drag myself away….there were 90km to do to Espoo…. 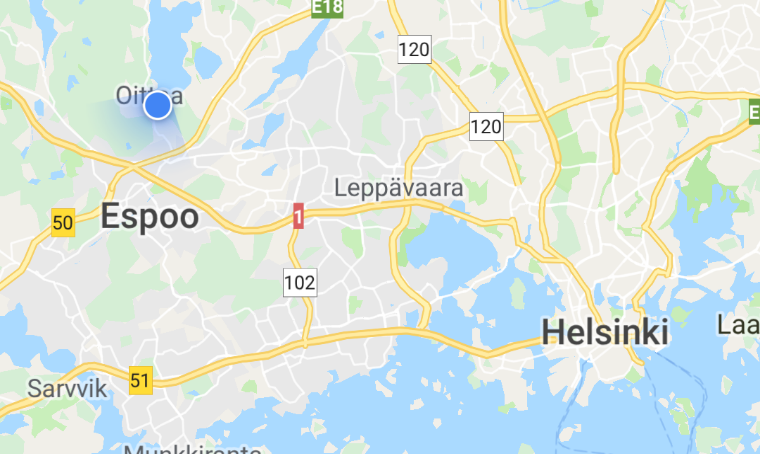 20km out of Turku, I noticed the old engine was not firing on all cylinders. Solution? Well, of course, I pulled into a service station for a tune-up (as you would) and a change of oil….so I ordered a can of motor oil,

but was dismayed to note the ‘natural caffeine’ was intended only for mental lubrication…..so I took it back to the counter and asked for something for the legs……the young girl didn’t immediately appreciate my warped English humour……there was a long moment of hesitation until she got it. I was happy to know that my poor attempt to be funny wasn’t entirely wasted….

Later in the day, close to being ready to find a pitch for my tent, I asked a couple at a neighbouring table if they could recommend anywhere, and they pointed me in the direction of the Friendship Inn just 8km further on. Not only did they let me pitch my tent by the lake, but they would provide supper and breakfast, as well as a sauna….and all for the princely sum of €20……which for Finland is ridiculously cheap. 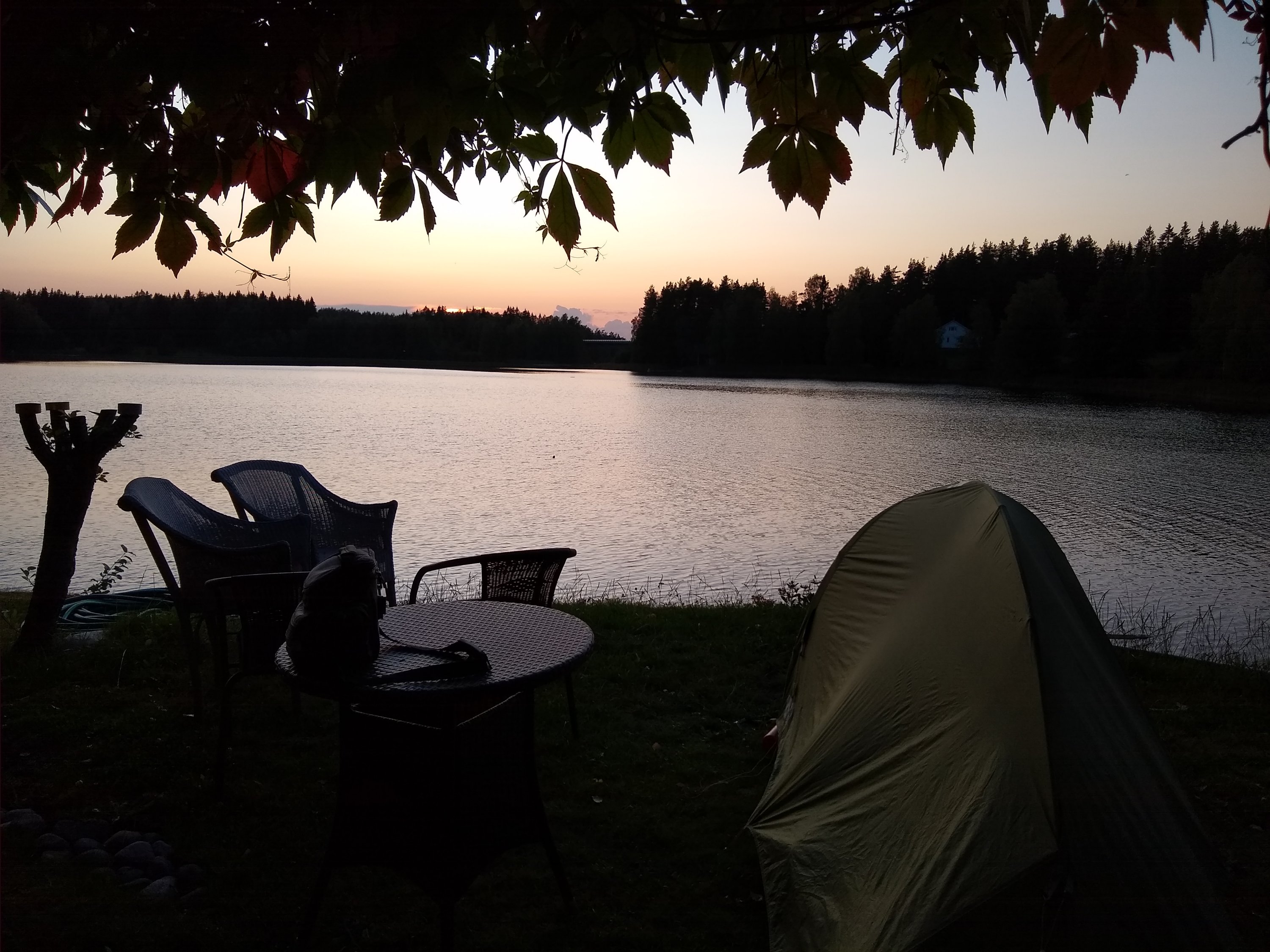 Not only do they cater for passing cyclists like me, but it is a form of retreat centre for any kind of group (the staff of a small company are using it this week to sort out their future strategies), to find personal downtime, and for rehabilitation. It is unique in its kind in Finland (so they tell me) and has a refreshingly open-door welcome to everyone.